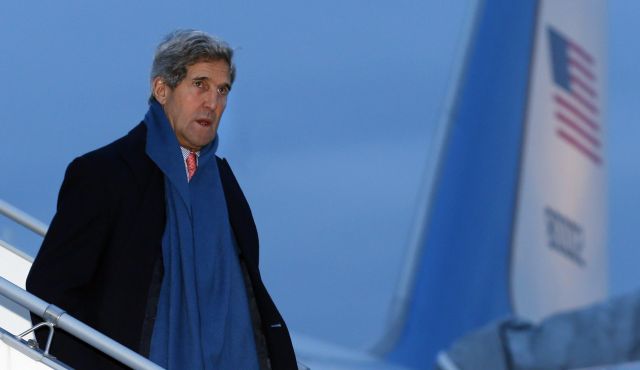 More than two weeks after a landmark deal with Iran, House Republicans and Democrats called the Obama administration’s approach to nuclear negotiations naive and signaled that they will slap more sanctions on the country despite warnings that doing so would torpedo the United States’ best chance in years at rapprochement.

Secretary of State John F. Kerry appeared to make no headway Tuesday in an urgent appeal to Congress to hold off on new sanctions. A bipartisan lineup of House lawmakers challenged his assertion that punitive new trade measures would undermine fragile diplomacy with Iran’s government.

“You’re asking us to be asleep and do nothing,” Rep. Brad Sherman (D-Calif.) complained to Kerry during a testy session of the House Foreign Affairs Committee.

Not one member of the influential panel pledged to try to help the administration keep new sanctions at bay. Even Democrats who applauded the administration’s diplomatic overture to Iran said they wanted to hedge their bets by maintaining sanctions pressure on the country.The Senate may move ahead with sanctions legislation despite heavy lobbying by Kerry and other administration officials, setting up the possibility of a rare veto from President Obama, who has used that authority only twice since taking office and never over a major foreign policy issue.

The chairman of the Senate Banking Committee, Tim Johnson (D-S.D.), said Tuesday that he would hold off “for now” on advancing a bill to impose new sanctions on Iran, giving the White House some elbow room. But Johnson provided no timeline for the panel’s next move, and Republicans are likely to keep pushing for another round of economic penalties.

Kerry is expected to meet with senators behind closed doors Wednesday afternoon, according to Senate aides familiar with the plans.

The House overwhelmingly approved new sanctions on Iran’s vital oil sector in the summer, before the United States and five other world powers reached the six-month deal with Tehran to cap Iran’s nuclear development — which the West fears is aimed at building a bomb.

Many in Congress — not satisfied with the nuclear deal reached last month in Geneva — believe that applying further pressure on the government of President Hassan Rouhani is the only way to extract concessions that would ensure Iran never develops nuclear weapons.

The Obama administration argues that those penalties would violate the letter and spirit of the placeholder agreement and undermine U.S. authority just as the United States and its negotiating partners begin the harder task of trying to reach a permanent deal with Iran.

“This is a very delicate diplomatic moment,” Kerry pleaded Tuesday. “We have a chance to address peacefully one of the most pressing national security concerns that the world faces today.”

The secretary got no public support for the argument that the interim deal, or a potential final one, makes Israel and the world safer. He allowed that his dealings with Iranian officials leave doubts about whether they are willing to make the difficult concessions that a final deal would require.

Iranian Foreign Minister Mohammad Javad Zarif told Time magazine this week that if Congress were to impose new sanctions, the “entire deal is dead.”“I don’t want to give the Iranians the public excuse to flout the agreement,” a visibly irritated Kerry told the House panel.
The Obama administration had encouraged the steady increase of economic sanctions on Iran and maintains that its tough line forced a nation once indifferent to negotiation to begin serious bargaining.The White House now argues that the strategy has run its course. Further sanctions would drive Iran away from the table, Kerry said, and shatter the unified bargaining position of the world powers negotiating with Iran.

“It could lead our international partners to think that we’re not an honest broker, that we didn’t mean it when we said that sanctions were not an end in and of themselves but a tool to pressure the Iranians into a diplomatic solution,” he said.

Rep. Edward R. Royce (R-Calif.), chairman of the Foreign Affairs Committee, said the current global sanctions net around Iran took years to build and should not be loosened without clear benefit.

“Governments throughout the world will not be easily convinced to reverse course and ratchet up sanctions pressure if Iran is only buying time with this agreement,” Royce said.

Competing proposals in the Senate would impose new sanctions if Iran violated the Geneva agreement.

Lindsey O. Graham (R-S.C.), one of the senators pushing for new penalties, said he hoped a sanctions proposal would be formally unveiled this week.

“The Iranians are saying that if there’s another round of sanctions coming from the Congress, then they’ll get out of the deal. Well, my view is that they would never be at the table without the sanctions,” he said.

Iran sanctions were not part of a defense bill working its way through the Senate this week, despite Republican pressure.

The interim deal gives Iran $7 billion in sanctions relief in exchange for a cap on centrifuges, elimination of the country’s most highly enriched uranium and new monitoring of the once-secret nuclear program.