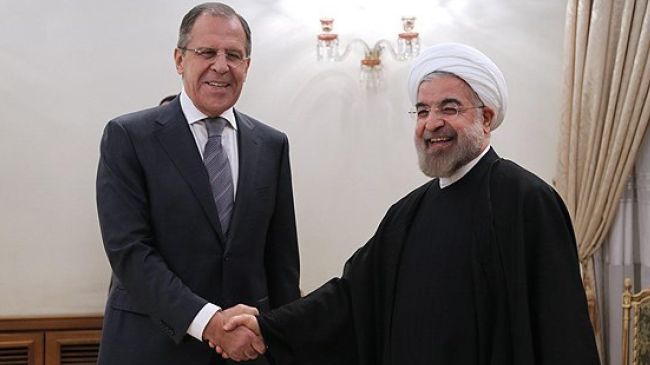 Iranian President Hassan Rouhani has warned against false interpretations of a recent nuclear deal struck between Tehran and the world powers in Geneva.

In a meeting with Russian Foreign Minister Sergei Lavrov in Tehran on late Wednesday, Rouhani stressed that the Geneva agreement enshrines Iran’s entire nuclear rights, including the right to enrich uranium.

“If [other] countries attempt to bring up a different interpretation of the deal, they will damage mutual trust and confidence-building efforts made,” he stated.

Rouhani noted that Iran wants to enrich uranium on its soil within the framework of the Geneva deal, while emphasizing on Tehran’s commitment to the peaceful nature of its nuclear program.

Lavrov, for his part, said that Iran and Russia have a similar take on the nuclear deal struck in Geneva, stating that the international law allows all countries to develop a civilian nuclear program, including uranium enrichment for peaceful purposes.

During their meeting, Rouhani and Lavrov also discussed Tehran’s cooperation with Moscow on a range of issues, mainly regional peace and security, fight against terrorism, and the crisis in Syria.

On November 24, Tehran and the five permanent members of the UN Security Council — Britain, China, France, Russia, and the United States — plus Germany inked an interim deal in Geneva to pave the way for the full resolution of the West’s decade-old dispute with Iran over the country’s nuclear energy program.

In exchange for Iran agreeing to limit certain aspects of its nuclear activities, the United States and its allies have agreed to lift some of the existing sanctions against the Islamic Republic.