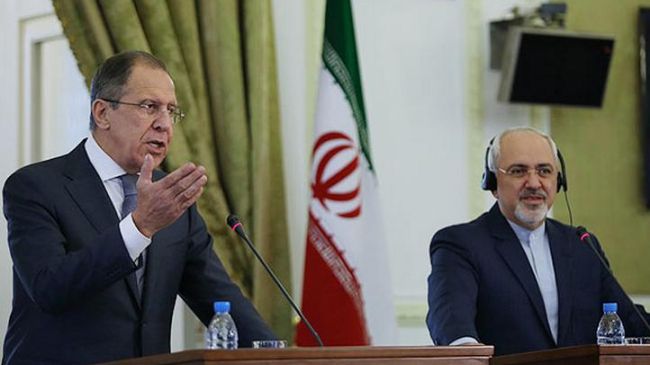 Russia Foreign Minister Sergei Lavrov says the recent deal sealed between Tehran and the Sextet of world powers in Geneva is aimed at recognizing Iran’s nuclear rights, including uranium enrichment for peaceful purposes.

“We considered today the results of the Geneva meeting, agreement on a gradual and mutual advance towards the settlement of the situation around the Iranian nuclear program,” Russian ITAR-TASS quoted Lavrov as saying in a Wednesday news conference with his Iranian counterpart Mohammad Javad Zarif in Tehran.

“This work is aimed at recognition of Iran’s right to develop a peaceful nuclear program, including the right to enrich uranium for peaceful uses with resolving all outstanding questions raised by the IAEA (International Atomic Energy Agency),” he added.

On November 24, Tehran and the six world powers – the US, China, Russia, France, Britain and Germany – inked an interim deal in Geneva to pave the way for the full resolution of the West’s decade-old dispute with Iran over the country’s nuclear energy program.

In exchange for Iran agreeing to limit certain aspects of its nuclear activities, the United States and its allies have agreed to lift some of the existing sanctions against the Islamic Republic.

The Russian minister went on to say that “broader or narrower interpretations” of the landmark nuclear deal between Iran and the six countries should be avoided.

It is “very important to begin consultations on the parameters of the final package”, which will see the settlement of the Western standoff over Iran’s nuclear energy program “once and for all,” Lavrov said.

The Russian diplomat also hailed “progress” in ties between Iran and the IAEA, stressing that Tehran’s nuclear activities should be “under total control” of the Agency.