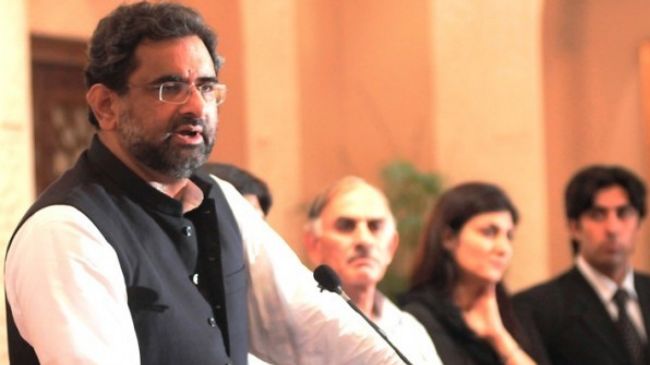 The Pakistani oil minister will head a high-ranking delegation, including his deputy Abed Saeed and Head of Pakistan’s Gas System Company Mobin Solat as well as several other senior officials, during the visit to Tehran.

Khaqan Abbasi and his accompanying delegation are currently in Qatar and are negotiating with the Arab country’s energy officials over the import of gas from that country as well as price and payment terms.

On Thursday, a senior Pakistani energy official said that Islamabad and Tehran are set to map out a strategy for the Iran-Pakistan pipeline.

The unnamed official from Pakistan’s Ministry of Petroleum and Natural Resources told the Islamabad-based The News daily that the two sides would exchange views on finishing the IP gas pipeline in Tehran on December 9.

Iran and Pakistan officially inaugurated the construction phase of a gas pipeline project in March which is due to take Iran’s rich gas reserves to the energy-hungry South Asian nation.

The project kicked off in a ceremony attended by former Iranian President Mahmoud Ahmadinejad and his former Pakistani counterpart Asif Ali Zardari at the two countries’ shared border region in Iran’s Southeastern city of Chabahar.

According to the project proposal, the pipeline will begin from Iran’s Assalouyeh Energy Zone in the South and stretch over 1,100 km through Iran. In Pakistan, it will pass through Baluchistan and Sindh but officials now say the route may be changed if China agrees to the project.