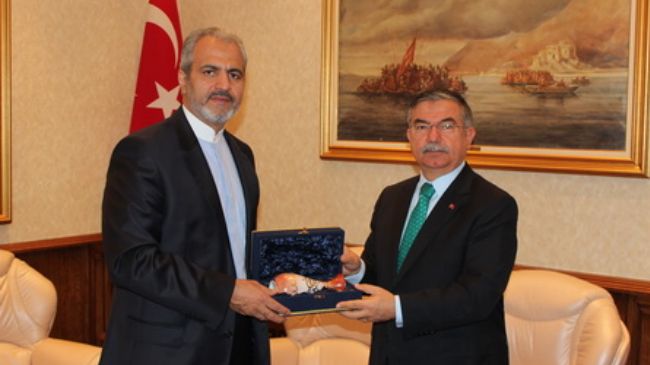 Ankara is keen to exchange experience and expert teams in the defense sector with Tehran, said the defense chief in a meeting with Iranian Ambassador to Ankara Alireza Bigdeli on Thursday.

Pointing to the centuries-old friendship between Iran and Turkey, Yilmaz said mutual visits over the recent years by high-ranking officials of the two regional heavyweights have contributed to the enhancement of bilateral ties.

The Iranian ambassador, for his part, lauded the expansion of Tehran-Ankara ties over the past decade and urged the further expansion of relations between the defense and military institutions of the two neighboring countries.

“The invaluable experience of the two countries in military and defense industries has laid the groundwork for joint efforts,” he said.

Iran has also held several military drills to boost the defense capabilities of its armed forces and to test modern military tactics and equipment.