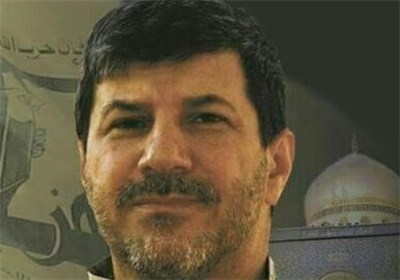 TEHRAN (Tasnim) – An Iranian deputy foreign minister considered Israel as the mastermind of the Tuesday night assassination of a Lebanese Hezbollah Movement commander near Beirut.

Hezbollah commander Hassan al-Lakkis was shot dead near his home southeast of the Lebanese capital, with the group blaming Israel for his assassination.

Al Mayadin satellite TV reported that a Iranian deputy foreign minister whose name was not revealed accused Israel of being behind the death of Hezbollah commander.

A statement issued by Hezbollah on Wednesday said Lakkis was attacked in the car park of the building where he lived and was taken to a nearby hospital but died early Wednesday.

The group said Israel had tried to kill him several times in the past.

Lakkis’s killing came shortly after Nasrallah ended a three-hour interview with a local television station, in which he accused Saudi Arabia of being behind last month’s twin bombings that targeted the Iranian Embassy in Beirut, in which at least 23 people, including Iran’s cultural attache, were killed.