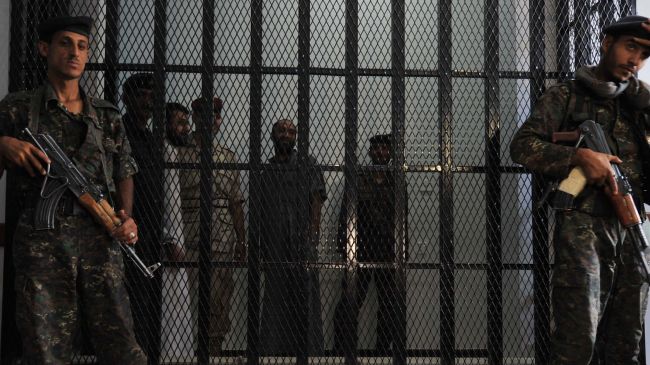 TEHRAN (FNA)- A Bahraini court sentenced 16 activists to seven years in prison each for allegedly attacking a police vehicle during an anti-government demonstration.

A judicial source said on Monday that the activists were also found guilty of blocking roads by setting tires on fire in May last year, AFP reported.

This is the latest in a series of convictions the Bahraini regime has imposed against protesters — among them prominent rights activist Nabeel Rajab.

The prominent activist, who heads the Bahrain Center for Human Rights, was imprisoned for participating in “unauthorized” protests.

Rajab was initially given a three-year term in prison but the sentence was later reduced to two years on appeal.

Amnesty said at the time that the activist would have served “three quarters of his two year sentence and will become legally eligible for release,” on November 29.

Nabeel has been under the regime’s custody in Jaw prison in Eastern Bahrain since July 9, 2012.