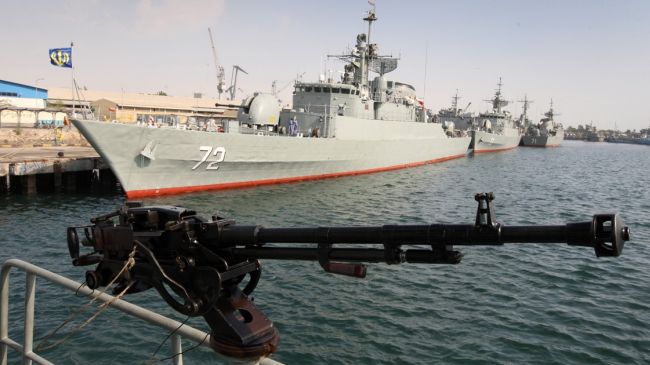 He said that the IRI Navy’s missions’ district includes from 10 degrees to the north of Bab al-Mandab Strait eastward and Far East, reiterating, “Our country’s Naval forces have sailed up to the Pacific Ocean and Sea of China waters.”

Rear Admiral Reza’ie said that each of those missions takes three months on the average, reiterating, “These naval fleets’ missions are not only safeguarding the security of the Iranian commercial ships, but also they have thus far assisted the other countries’ whose ships had been seized by the pirates.

IRI Navy Commander Rear Admiral Habibollah Sayyari, too, had said on November 28th that the brave Iranian Navy sailors saved a ship hoisting the Liberian flag, which was seized by pirates in the Indian Ocean.

He said that keeping in mind the mighty presence of the IRI Navy in the Persian Gulf, the Sea of Oman, and the free waters of the region, it supports the cargo ships which are attacked and transmit SOS requests, as one of its natural duties.

Referring to the Navy’s role during the years of the Sacred Defense (against the invading forces of the executed former Iraqi tyrant Saddam), the navy district commander said that keeping the Navy units and facilities ready and up-dated after the war has been on the agenda.

“Then gradually, and in accordance with the orders issued by the Commander in Chief of the Armed Forces, our efforts we worked in the field of turning our facilities indigenous and working on the scientific aspects of the job,” he said.

Commander of the 4th Naval District said that the high technological capabilities of the country, the appropriate facilities matching the regional conditions, and the missions that the IRI Navy has performed have hand in hand turned the Iranian Navy into a much more competent force.

He set example of a recently unveiled radar in the south of the country, reiterating, “We proved during the Modern Naval Technologies Conference held in Noshahr’s Imam Khomeini Naval Sciences University that the Navy is engaged in some advanced scientific activities.”

Rear Admiral Reza’ie turning back to the Caspian Sea issue, said that that sea with its high depth, its particular territorial conditions, and its sever typhoons calls for special sailing and warships capable of permanent presence with high capabilities.

He reiterated, “Our facilities have been manufactured with specifications that match those conditions to give our warships and our officers high competence in unfavorable atmosphere and sea conditions.”

The commander of the North Fleet of the Iranian Navy added, “When the Commander in Chief of the Armed Forces ordered that the human forces must have a much higher competence and presence, and active presence at the operation scenes, elevating the spirit of courage among the Navy personnel became one of our main objectives.

“The Navy has it plane, its choppers, its plane carriers warships, and its drones at the surface, and its various types of logistical, combat, combat support, and mine sweeper ships, and all types of light mid-weigh and heavy submarines under the seas,” he said.

The commander of the North Naval Fleet also referred to the electronic wars unit, the missile units, the musketeers unit, and the maintenance and repairs units of the Navy.