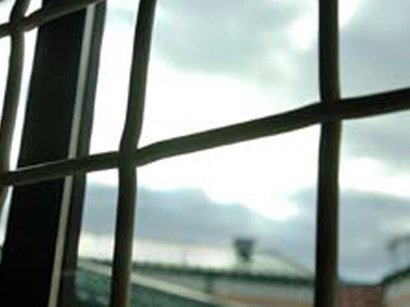 TEHRAN (FNA)- The officials in Azerbaijan released an Iranian national allegedly being accused of planning to bomb the Israeli embassy in Baku after torturing him.

Hassan Faraji who was freed on Friday after one month of detention, interrogation and torture arrived in Tehran on Sunday after two days of obstructive measures by the Azeri officials who were attempting to prevent his return.

Before leaving Baku, Faraji had a meeting with Iranian Ambassador to Azerbaijan Mohsen Pakayeen during which he rejected the fabricated accusations raised by the Azeri officials against him, and said even his detention near the Israeli mission in Baku is a sheer lie.

Faraji said that he traveled to Baku for trade, and “my innocence has been proved to the Azeri officials during the interrogations”.

In November, a relative of Faraji who was then held in Binagadi prison said that he was being tortured by Azeri security officials to make confessions in favor of Israel.

Iran’s Embassy in Baku requested access to Faraji. The Azeri government, however, denied the request in violation of the international laws.

On October 11, the Baku Court on Grave Crimes sentenced another Iranian national, Bahram Feyzi, to 15 years in prison on charges of espionage.

Seyyed Mohammad Ayatollahi, an official with the Iranian Embassy in Baku, rejected the accusations as unfounded.

“The Baku Court on Grave Crimes should address such cases in the presence of an authorized lawyer and the representative of the Iranian Embassy,” Ayatollahi said at the time.