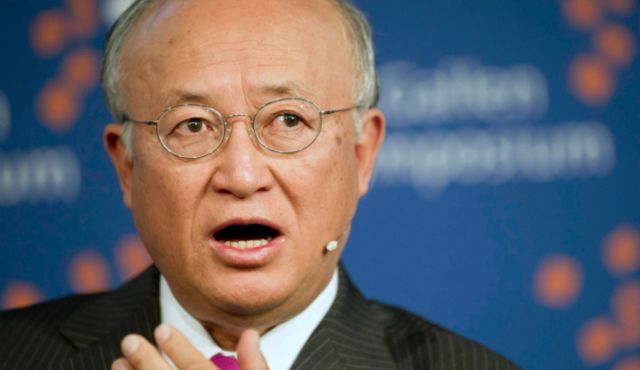 Vienna (AFP) – The UN atomic watchdog said Thursday that Iran has invited it to visit the heavy water production plant at its Arak site on December 8, for the first time since August 2011.

“I can inform the board that we have received an invitation from Iran to visit the Heavy Water Production Plant at Arak on 8 December,” International Atomic Energy Agency chief Yuyika Amano said.

The so-called heavy water reactor Iran is building at Arak is of concern to the international community because Tehran could in theory extract weapons-grade plutonium from the reactor’s spent fuel.

According to a landmark deal reached on Sunday in Geneva with world powers, Iran has agreed that for six months it will not commission the reactor or transfer fuel or heavy water to the reactor site.

In addition it will not test additional fuel, produce more fuel or install remaining components, according to the text of the accord.

The IAEA already conducts regular visits of the actual reactor site at Arak, but says it has not received updated detailed design information since 2006 and has not visited the heavy water production plant since August 2011.

Iran’s invitation to the IAEA ties in with a “joint statement on a framework for cooperation” signed in Tehran by Iran and Amano on November 11 aimed at Iran providing increased transparency on its nuclear work.

Amano was speaking at a regular, closed-door meeting of the IAEA’s 35-nation board of governors in Vienna. The text of his speech was released by the agency.