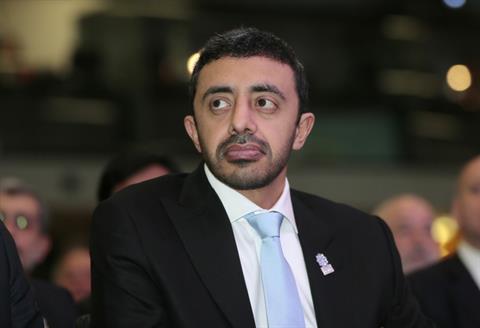 TEHRAN: Iran’s official news agency is reporting the foreign minister of the United Arab Emirates has arrived in Tehran on a rare visit.

The Thursday report says Abdullah bin Zayed will meet President Hassan Rouhani as well as his Iranian counterpart Mohmmad Javad Zarif during his one-day visit, the first such trip by the UAE’s foreign minister in years and since Rouhani took office in August 2013.

With billions of U.S. dollars in annual trade, the two countries are at odds over various issues, including Iran’s control over three Islands at the mouth of the Persian Gulf as well as Tehran’s support of Syrian President Bashar Assad.

However, the UAE was one of the first countries in the region to welcome last weekend’s nuclear deal between Iran and world powers.