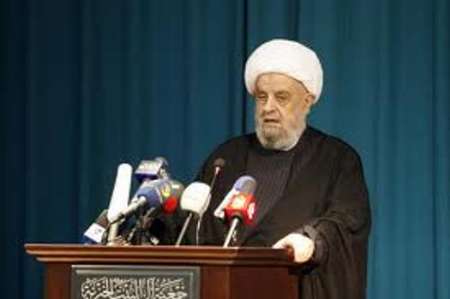 Beirut, Nov 25, IRNA — Chairman of the Supreme Council for Lebanese Shia Muslims, Sheikh Abd al-Amir Qeblan in a statement on a recent nuclear deal signed by Iran and the West hailed Iran’s success.

Qeblan said acknowledgement of Iran’s right to nuclear technology by the West was achieved through efforts of Iranian scientists and guidelines of the Supreme Leader.

He reiterated that Israel was the main loser of this agreement, as the Tel Aviv regime made every effort to isolate Iran so as to undermine its support for the oppressed nations.

Lebanese Ummah Movement also issued a statement in which it described the nuclear deal between Tehran and the six world powers as a victory for the Islamic and Arab nations.

The statement said the nuclear agreement was a big and historical achievement for Iran as it recognizes the countryˈs nuclear right.

The nuclear deal with Iran showed that foreign interventions and military threats to resolve regional crises get nowhere and political dialogue is the only way to bring about security and stability in the region, the statement added.

Meanwhile, Egyptian Ambassador to Beirut Ashraf Hamdi in a meeting with Lebanese Foreign Minister Adnan Mansour said Egypt made lots of efforts in UN General Assembly and Security Council to encourage a deal between Iran and the West.