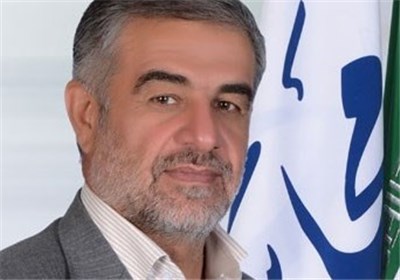 TEHRAN (Tasnim) – A member of Iran’s parliament said that the Tuesday terrorist acts in Lebanon will leave no negative impact on Iran’s nuclear talks with the six world powers in Geneva.

“The important point is that the move was both planed and carried out by the Zionist regime which is pursuing two objectives in doing so,” Mohammad Saleh Jokar from parliament’s national security and foreign policy commission told the Tasnim News Agency.

“Firstly, it intends to influence the Geneva nuclear talks, and secondly, it wishes to disturb peace and security in Lebanon,” he said.

The MP added that the terrorist attack in question was quite an immature one, and was devoid of any worth, adding: “The Zionist regime will finally pay the price for its act, and it will pay dearly for this horrific move.”

“These days the US and the Zionist regime have the terrorists on a leash and what we have witnessed in Syria is that some of the regional countries only play second fiddle to the duo,” he added.

This comes as in Tuesday terrorist attacks targeting Iran’s embassy inBeirut 23 people were killed and some 150 others injured. Six of the dead were Iranian nationals, one of them the country’s cultural attache in Lebanon, Ebrahim Ansari.

In relevant comments on Tuesday, Iran’s Deputy Foreign Minister Hossein Amir Abdollahian lashed out at Israel for orchestrating the deadly incident in Beirut, and said, “Israel has taken advantage of some extremist groups to carry out this terrorist act outside the Iranian embassy and there is no doubt about it.”

He also noted that such moves would not “shake our resolve and that we will continue with our path in supporting the resistance axis.”

Foreign Ministry spokeswoman Marzyeh Afkham also accused Tel Aviv of being behind Tuesday’s attacks on the Iranian embassy in Beirut.

On Tuesday, Secretary of Iran Supreme National Security Council Ali Shamkhani said terrorist attacks against Iran’s embassy would not dissuade Iran from continuing its support for the anti-Israeli resistance front.

“Such actions will have no impact on Iran’s continued support for the Islamic resistance current,” Shamkhani said.