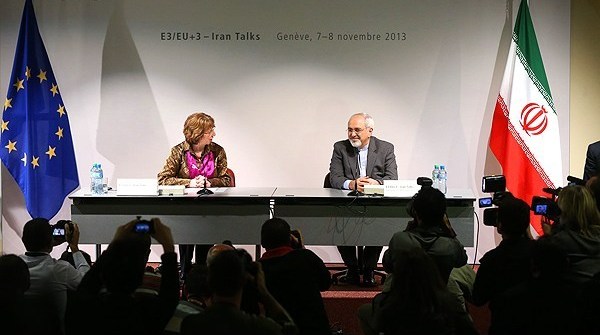 Speaking to reporters after a luncheon with Ashton in Geneva on Wednesday, Zarif said that they talked about how to proceed with the new round of negotiations.

“We had good talks and we discussed how to continue this process (of talks),” Zarif stated.

He added that later today he will hold short meeting with Ashton and then the negotiating parties will hold bilateral meetings.

Zarif also noted that “no new document” is being discussed in the talks, adding that negotiators are discussing the trend of negotiation.

Asked about possible presence of the foreign ministers of the G5+1 (the five permanent UN Security Council members plus Germany) in Geneva, Zarif said at this stage the negotiation is focused on the subject, and added that it is not up to him to decide about ministers’ presence.

Meantime, Ashton’s Spokesman Michael Mann had also said that diplomats will hold bilateral meetings today after the meeting between Iran and G5+1 delegations.