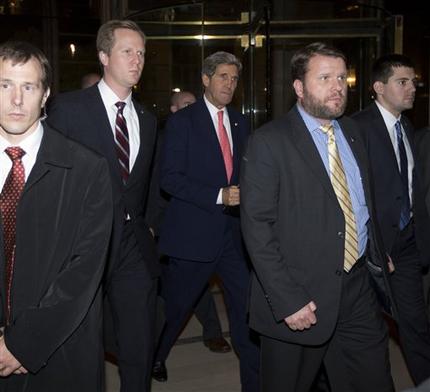 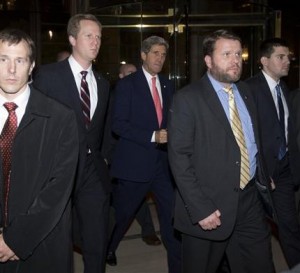 TEHRAN (FNA)- US officials should give more time to the nuclear talks with Iran before imposing more sanctions, the US media said, warning that any further pressure on Tehran could ruin the negotiations between Iran and the six world powers.

Los Angeles Times in an article said that some House members are insisting that Senate should force more sanctions on Iran, while it seems that Iran and the Group 5+1 (the five permanent UN Security Council members plus Germany) are achieving an agreement.

On Thursday, 63 members, led by Homeland Security Committee Chairman Michael McCaul (R-Texas) and Rep. Brad Sherman (D-Sherman Oaks), sent a letter to Senate leaders urging action on the Nuclear Iran Prevention Act, which passed the House in July. The legislation would stiffen sanctions against some Iranian officials and penalize governments that might divert US goods, services or technology to Iran. It also includes an expression of support for “freedom, human rights, civil liberties, free elections and the rule of law in Iran,” which can be read as a veiled call for regime change, the LA Times said.

It said that House members argue that “because existing sanctions brought Iran to the negotiating table, the threat of enhanced sanctions holds the promise of compelling Iran to give up its ambitions”.

Secretary of State John F. Kerry, who has been overseeing those negotiations for the US, has no doubt that new sanctions would have that effect. This week he warned that “if Congress were to unilaterally move to raise sanctions, it could break faith with those negotiations and actually stop them and break them apart.”

The report said the government of President Hassan Rouhani is serious about an arrangement with the West, and reminded that the recent report by the International Atomic Energy Agency has stated that Iran has already started confidence-building measures.”As Kerry put it, Congress should ‘calm down’ and let the negotiations continue,” LA Times concluded.