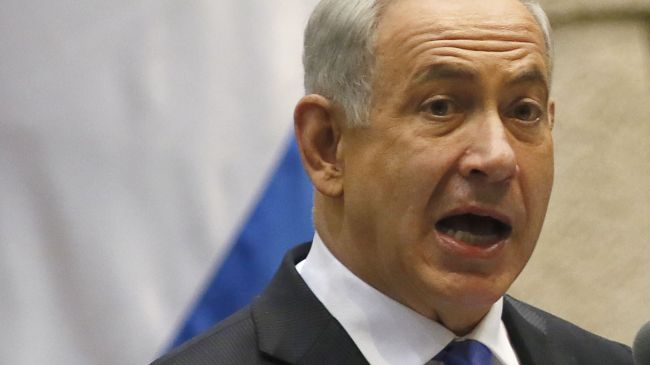 According to Israel Radio, Olmert told college students in New Hampshire that the Israeli government’s “rhetoric of war and confrontation” was not wise, and that it made a mistake in ignoring “the Iranian president’s talk of peace with Western countries.”

“If Iran is serious, why not end this whole affair with an agreement instead of by force?” said he. “Perhaps we will reach the conclusion that nothing else worked, but we check it ourselves.”

The former premier then addressed the ongoing diplomatic row between Washington and Jerusalem, seeming to mock the Netanyahu government’s response to American intentions to strike an interim agreement with Tehran.

“I heard that [US Secretary of State John] Kerry dared to disagree with the Israeli prime minister,” Olmert said. “Poor guy. I hope he’ll come out of this alright.” Olmert also told the audience that “there was no need to constantly look for ways to clash with the US president, to provoke him, and to insult him.” “That’s a piece of advice that I give to anyone who wishes to be prime minister of a country that is not the United States,” he said.