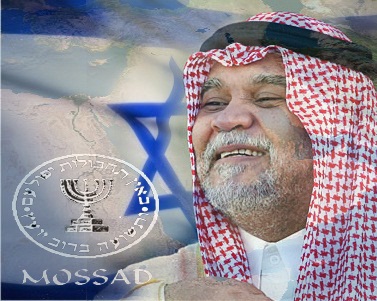 The Israeli Mossad intelligence agency is working with Saudi officials on contingency plans for a possible attack on Iran if its nuclear program is not significantly curbed in a deal that could be signed in Geneva this week, Sunday Times reported.

Both the Israeli and Saudi governments are convinced that the international talks to place limits on Tehran’s military nuclear development amount to appeasement and will do little to slow its development of a nuclear warhead, according to the British paper.

“Once the Geneva agreement is signed, the military option will be back on the table. The Saudis are furious and are willing to give Israel all the help it needs,” a diplomatic source is quoted by the paper as saying.

“As part of the growing co-operation, Riyadh is understood already to have given the go-ahead for Israeli planes to use its airspace in the event of an attack on Iran.”

In addition to use of airspace, the growing partnership between the unlikely regional allies has reportedly manifest as cooperation regarding usage of rescue helicopters, tanker planes and drones which could aid Israel in the case of an attack.

“If Iran Crossed the Threshold, We Will Get Nuclear Weapons”

According to released media reports, Saudi Arabia has sent the Americans numerous signals of its intentions since 2009, when King Abdullah of Saudi Arabia warned visiting US special envoy to the Middle East Dennis Ross that if Iran crossed the threshold, “we will get nuclear weapons.”

The reports quoted Gary Samore, President Barack Obama’s former counter-proliferation adviser, as saying: “I do think that the Saudis believe that they have some understanding with Pakistan that, in extremis, they would have claim to acquire nuclear weapons from Pakistan.”