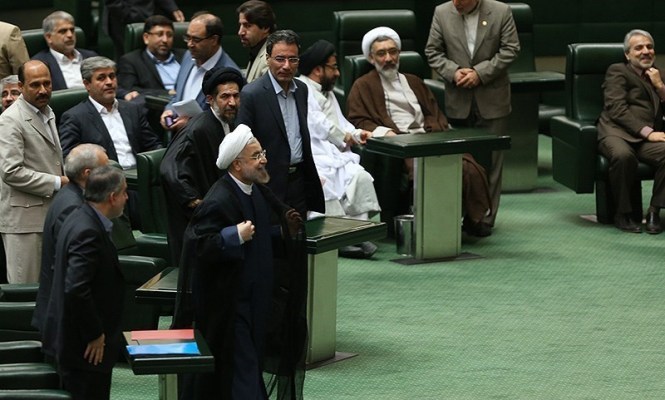 Addressing MPs, the President stressed that the government is in need of support by people, Parliament and the Supreme Leader as well as domestic consensus on foreign issues.

President Rouhani arrived in Majlis this morning to defend his nominee for the post of minister of sports and youth affairs.

During this morning Majlis session, two lawmakers will speak in favor, and two against proposed minister Nasrollah Sajjadi.

Meanwhile, Sajjadi will be given 30 minutes to defend his programs and answers the questions of lawmakers.

President Rouhani, in a letter to the Majlis Speaker Ali Larijani on November 4, proposed Nasrollah Sajjadi as minister of sports and youth affairs.