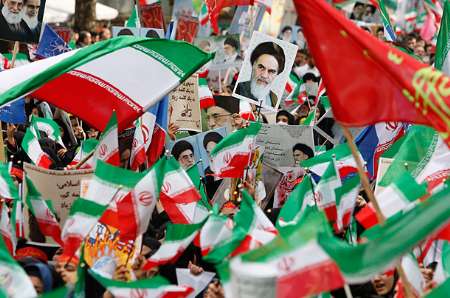 A political commentator says the US should revise its foreign policy toward Tehran to prevent further escalation of the Iranian nation’s “historic anger” at itself, Press TVreports.

“This travesty of US foreign policy requires a solid revision and reconsideration in favor of a new paradigm, based on full respect for the rights and privileges of Iranian nation by the US,” wrote Kaveh Afrasiabi in an article published on Press TV website on Tuesday.

He also pointed to the large anti-US rallies across Iran on November 4 which marked the anniversary of the 1979 takeover of the US Embassy in Tehran and said the protests showed “growing Iranian unhappiness with a negative US policy toward Iran – that stretches for decades and continues until today.”

On November 4, 1979, a group of revolutionary Iranian university students seized the US Embassy, which they believed had turned into a “den of espionage” aiming to overthrow the nascent Islamic Republic establishment. Documents found at the compound later corroborated the claims by the revolutionary students.

Afrasiabi further called on Washington to adopt a “bold and brand new approach” toward Iran’s nuclear issue in the negotiations between Tehran and the six major powers – the US, Britain, Russia, and China plus Germany.

If Washington fails to take the “golden opportunity for a reasonable end” to the Western standoff over Iran’s nuclear energy program, “it is a sure bet that the nuclear stalemate will linger on, thus adding fuel to the Iranian people’s historical anger toward the US,” wrote the analyst.

Iran and the six powers are set to hold a second round of talks over the country’s nuclear energy program in Geneva, Switzerland, on November 7-8. The previous round of nuclear discussions between the two sides was held in the Swiss city on October 15-16.

Afrasiabi stated, “Fortunately, as a result of skilful Iranian diplomacy, the coercive US diplomacy toward Iran has been increasingly questioned by a bulk of the international community and time is actually on Iran’s side, no matter what the level of intense Iranophobic propaganda in the US and Western media.”