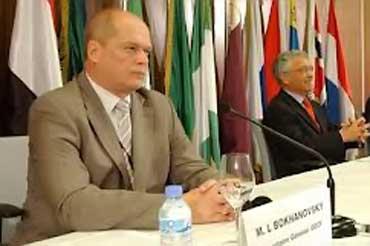 He also said that GECF has been seriously seeking to boost its cooperation with influential bodies like the Organization of the Petroleum Exporting Countries (OPEC) and the International Energy Agency (IEA) over the past years. He expressed hope that his successor Mohammad-Hossein Adeli will follow the same path.