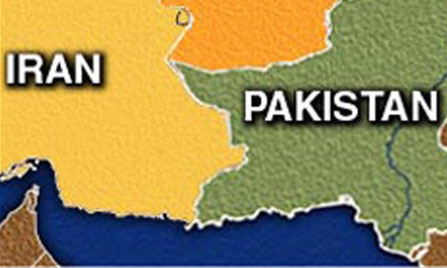 Commander: Iran monitoring all movements at border with Pakistan

TEHRAN (FNA)- An Iranian border guard commander underlined that his forces have a close watch on all activities along the Iran-Pakistan border.

Border Guard Commander of Sistan and Baluchestan Province Colonel Hassan Asadollahi Sunday underlined his forces full preparedness in safeguarding Iran’s territories against enemy’ elements, and said that border guards succeeded in identifying a terrorist who was planning to carry out acts of sabotage inside the country.

The Iranian commander further added that the arrested terrorist in the city of Mirjaveh in Southeastern Iran worked for the Taliban and Al-Qaeda terrorists for six years.

Last week, the Islamic Revolution Guards Corps (IRGC) in a statement vowed to take action against terrorists after they killed 14 Iranian border guards in a cross-border attack in Saravan.