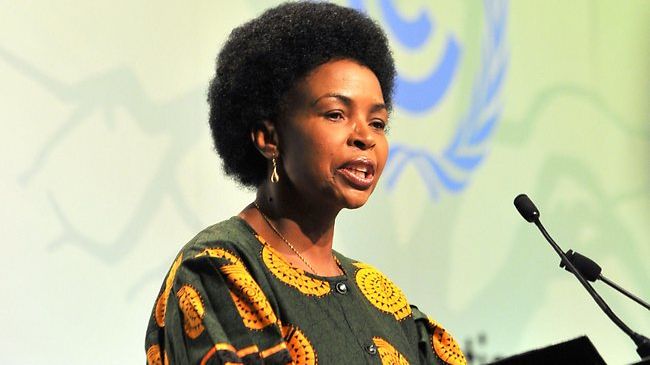 S Africa to slow down ties with Israel: FM

South Africa’s Foreign Minister Maite Nkoana-Mashabane says her country has decided to “slow down” its ties with the Israeli regime in solidarity with the Palestinian cause.

“Ministers of South Africa do not visit Israel currently. Even the Jewish Board of Deputies that we engage with here, they know why our ministers are not going to Israel,” Nkoana-Mashabane, who is a member of the ruling African National Congress (ANC), said at a South African trade union meeting on Friday.

“Our Palestinian friends have never asked us to disengage with Israel [through cutting diplomatic relations]. They had asked us in formal meetings to not engage with the regime. We have agreed to slow down and curtail senior leadership contact with that regime until things begin to look better,” she said.

Nkoana-Mashabane also expressed her solidarity with the Palestinians, saying, “The struggle of the people of Palestine is our struggle.”

“That arrangement there in Palestine keeps us awake,” she said.

“The last time I looked at the map of Palestine, I could not go to sleep. Its dots, smaller than those of the homelands,” she added, referring to the former homelands in her country which were also known as bantustans set up under apartheid to give blacks a sense of autonomy.

On October 30, Israeli Prime Minister Benjamin Netanyahu and Interior Minister Gideon Sa’ar have approved the expansion of the illegal settler units in a settlement known as Ramat Shlomo in East al-Quds.

Meanwhile, UN special Rapporteur Richard Falk said if renewed talks between the Palestinian Authority (PA) and the Tel Aviv regime fails, the United Nations General Assembly should seek an opinion from the International Court of Justice on “the legal consequences of Israel’s occupation” of Palestinian lands.

The Israeli regime has been under fire from the international community, including its own allies, over its expansionist policies.

However, the Tel Aviv regime defies calls to abandon its illegal settlement activities.

Over half a million Israelis live in more than 120 settlements built since Israel’s occupation of the Palestinian territories of the West Bank and East al-Quds in 1967.

The UN and most countries regard the Israeli settlements as illegal because the territories were captured by Israel in a war in 1967 and are thus subject to the Geneva Conventions, which forbids construction on occupied lands.