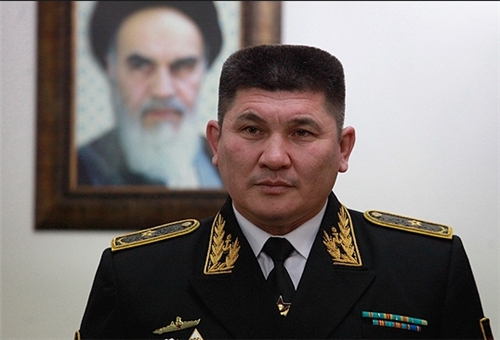 The high-ranking Kazakh delegation visited the various parts of the university and were briefed about the academic methods for training the Iranian naval officers.

Navy commanders of Iran and Kazakhstan had earlier on Tuesday signed a memorandum of understanding (MoU) on defense cooperation.

The MoU was signed during a meeting between Iranian Navy Commander Rear Admiral Habibollah Sayyari and Zhanzakov in Tehran.

The commander of Kazakhstan Navy in in Iran at the top of a military delegation at the invitation by his Iranian counterpart.