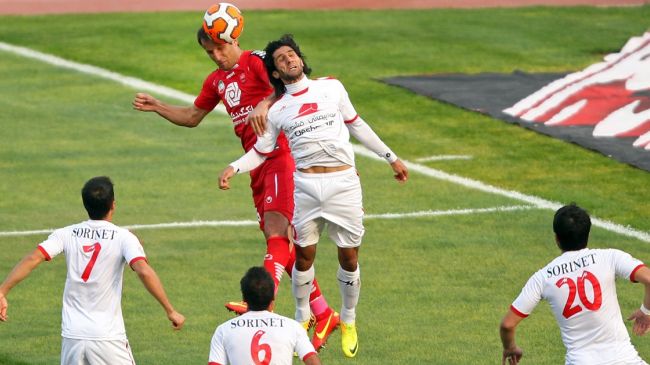 Persepolis has advanced to the first spot of the table after a victory against Rah Ahan in the 14th week of Iran’s Premier League (IPL).

The Reds defeated host Rah Ahan at Takhti stadium in Tehran to reach the table top after more than 1,000 days on Sunday.

In the 19th minute, the referee ruled out a goal by Seyyed Mehdi Seyyed Salehi after he shot the ball into the net in a one-on-one with Rah Ahan’s goalie Hamed Fallah.

It was the first minute of the second half when Persepolis gained its solo through a free kick by Mohamad Reza Khlatbari, who fired the ball past the Rah Ahan goalkeeper.

Both sides had more chances of scoring goals in the rest of the game but finally the match ended 1-0 for the Reds, who also blanked Damash 2-0 last week.

Persepolis currently has 26 points and is followed by Foulad also with 26, and Teraktorsazi with 25 points.