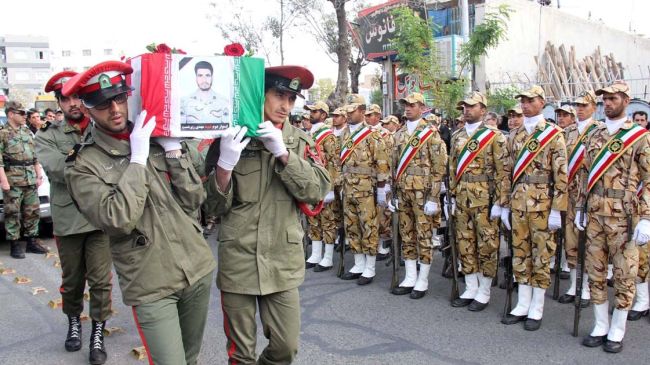 Pakistani Additional Secretary of Foreign Ministry Masroor A. Junejo has denounced the recent terrorist attack against Iranian border guards, vowing to make every effort to identify perpetrators of the incident.

In a meeting with Iran’s Ambassador to Islamabad Alireza Haqiqian on Monday, the Pakistani official expressed sympathy with the Iranian government and nation over the attack.

On October 25, 17 Iranian border guards lost their lives and six others were wounded in a shooting assault in the border region of Saravan in Iran’s southeastern province of Sistan and Baluchestan.

Junejo said relevant Pakistani security bodies and local officials in southwestern Balochistan Province would cooperate to identify perpetrators of the tragic incident and to counter such terrorist attacks in future.

The Iranian envoy, for his part, called for the identification of the elements behind the terrorist attack in Saravan by the Pakistani government and their extradition to Iranian officials as soon as possible.

Haqiqian stressed the importance of strengthening border cooperation between Iran and Pakistan to improve security.

Siddiqui confirmed that the Iranian administration has briefed Pakistan on the details of the attack and urged Islamabad to carry out an investigation into the incident.

Iran’s President Hassan Rouhani has called for an investigation into the shooting incident, tasking the Foreign Ministry with taking necessary measures to implement the border security agreement with Pakistan.