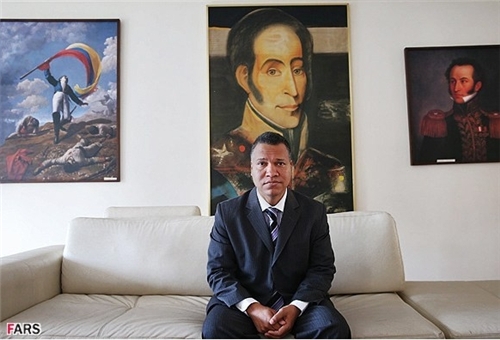 Venezuelan Ambassador to Tehran Amenhotep Zambrano has highlighted relations with Iran, saying the Islamic Republic has a high status in the Latin American’s ties.

Iran and Venezuela will continue their political, economic and cultural relations just like when President Hugo Chavez was in power and we will not allow any element to tarnish the ties between the two countries, Zambrano said Saturday.

He said that Tehran-Caracas ties would not be damaged and added that the two countries shared many political viewpoints.

The envoy also highlighted Iran’s status among world countries, describing relations with the Islamic Republic as a priority for Venezuela.

Iran is the pillar of the Middle East and plays a highly significant role in the region, the diplomat said, adding that Tehran is doing its utmost to foster unity among regional countries in order to contribute to the restoration of peace in the region.