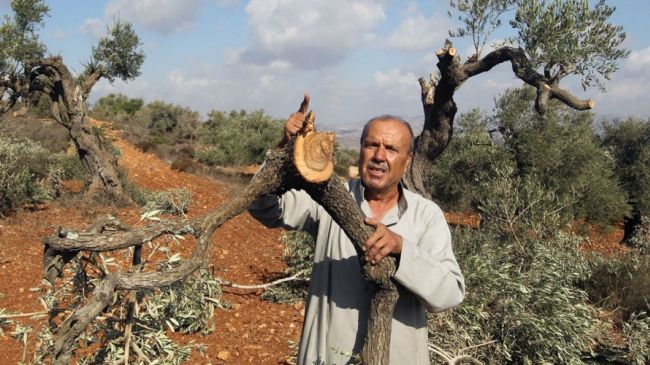 Addressing a festival celebrating the olive picking season on Palestinian lands on Saturday, Hamdallah said that his government plans to set up a committee to compensate the Palestinian farmers who suffered property damage by the settlers.

He also said that the Palestinian Authority is prepared to plant 750,000 olive trees in the West Bank.

Israeli settlers, mostly armed, regularly attack Palestinian villages and farms and set fire to their mosques, olive groves and other properties in the West Bank under the so-called “price tag” policy. However, the Tel Aviv regime rarely detains the assailants.

The extremists say the “price tag” attacks are carried out against any Israeli policy “to reduce the presence of settlers and settlements on the occupied Palestinian land in the West Bank and East al-Quds (Jerusalem).”

The United Nations and most countries regard the Israeli settlements as illegal because the territories were captured by Israel in a war in 1967 and are thus subject to the Geneva Conventions, which forbid construction on occupied lands.