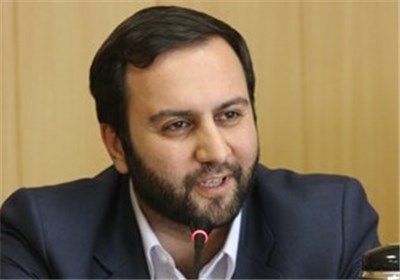 Iranian nation will not forget US atrocities: Official

TEHRAN (Tasnim) – A member of Tehran City Council said the US officials’ disparaging remarks about Iran and their deceptive practices have been seared into the psyche of the Iranian nation.

The Islamic Republic’s call for removal of western sanctions on the country would not make the Iranian nation forget the US government’s atrocities, said Mohsen Pirhadi in an interview with the Tasnim News Agency on Saturday.

“We have forgotten neither the American officials’ humiliating remarks nor their plots against the Iranian nation,” he stated.

This comes after the US State Department’s third ranking official and the nuclear negotiator in Iran-G5+1 nuclear talks, Wendy Sherman, on October 17 accused Iranians of deception.

The US State Department’s third ranking official, also said in an address to the US Senate’s Foreign Relations Committee that the anti-Iranian sanctions “should not disappear anytime soon.”

Speaking about the negotiations between Iran and the G5+1 countries (the five permanent UN Security Council members plus Germany), Afkham also noted that both sides should maintain the sound atmosphere of talks through wise and vigilant measures, and to shun irrelevant issues which do not contribute to the trend of talks.

In recent years the western governments have imposed new sanctions on Iran on the pretext that the country may be trying to develop a nuclear weapon capacity under the guise of its civilian nuclear program, an allegation strongly dismissed by Iran which states that it needs nuclear energy for generating electricity and other purely peaceful purposes.

Many of the sanctions predate the nuclear dispute and some of them are as old as the Islamic system in Iran, and the US has always found pretexts to tighten the existing sanctions and impose new ones.

Pirhadi further praised some Iranian designers for posting anti-US posters and billboards in many districts of Tehran, and said, “It was an admirable move.”

In many parts of Tehran there are posters in English and Persian which cast doubt on US honesty in dealing with Iran.