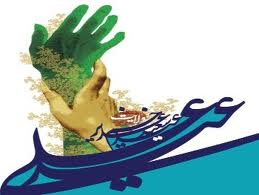 Ankara, Oct 23, IRNA – In a ceremony marking the auspicious occasion of Eid al-Qadir in Turkey’s Aeze-Roum city, Iranian and Turkish clergies stressed that Shi’a and Sunni Muslim brethren should unite as a dire necessity.

More than one thousand Shi’a Muslims of Arze-Roum and the other adjacent cities had gathered at the ceremony arranged by the Islamic Republic of Iran Consul General in Arze-Roum and Association of Igdir Shi’a Clergies.

The Head of Turkey’s Igdir city Shi’a Clergies Vali Badr and the Friday Prayers Imam of Iran’s Ardebil city Hojjatoleslam Seyyed Hassan Ameli who addressed the gathering both stressed the dire need for unity and solidarity among the Shi’a and Sunni Muslims.

The speakers also spoke about the exalted and unique personality traits of Imam Ali (P), the first Imam of the world Shi’a Muslims.

Eid al-Qadir is a festive day observed by Shi’a Muslims on the 18th of Zil -Hajjah in the Islamic calendar. This day is to celebrate the appointment of Ali ibn Abi Talib by the Grand Prophet of Islam Muhammad ibn Abdullah as his immediate successor.

It marks the anniversary of Prophet Muhammads sermon, described in Hadith of the Qadir (pond) of Khumm, in which he stated, “Whomsoevers master (maula) I am, Ali is also his (maula) master. O God, love those who love him, and be hostile to those who are hostile to him. “ من كنت مولاه فهذا عليّ مولاه أللهم والِ من والاه و عادِ من عاداه “

Imam Jafar as-Sadiq (P) was asked if there was Eid for Muslims besides Friday, Eid al-Adha and Eid al-Fitr.

The Imam (P) replied, Yes, there is one more Eid which is greater in holiness (aadhamuha hurmatan).

The person asked him which Eid that was. Imam said, It is the day when the Messenger of God declared Amirul Mmineen as his vicegerent, saying: WAMAN KUNTU MAWLAAHU FA-ALIYYUN MAWLAAH (Of whosoever I am the Mawlaa, Ali is also his Mawlaa). And it is the 18th of Dhil-Hajjah.