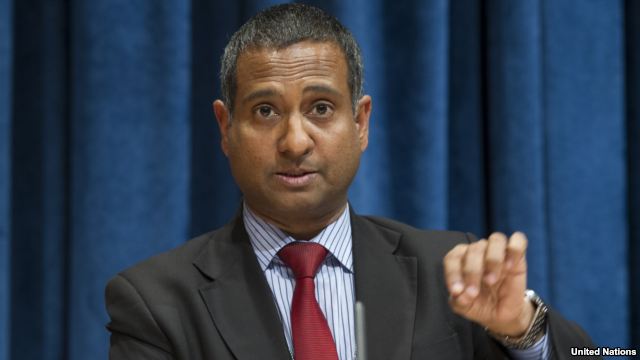 Iran has dismissed a recent report by the United Nations special rapporteur on its situation of human rights as biased, unfair and detached from the current realities of the Islamic Republic.

On Wednesday, Iran’s UN mission rejected the report prepared by Ahmed Shaheed and called for a balanced and unbiased report devoid of political manipulations and tendencies.

The Iranian official condemned the nature and the elements of the report and regretted the fact that it was prepared by a person without any familiarity with Iran’s political and social conditions.

The Iranian representative said the report “has not paid sufficient notice to Iran’s legal system and Islamic culture and considers whatever he sees in the West as an international standard for the entire world.”

The diplomat described Iran as the anchor of human rights and religious democracy in a region infested by extremism, terrorism and despotic regimes.

The Iranian representative stressed Tehran’s commitment to all international obligations, reiterating that Iran’s new administration is willing to increase its level of cooperation with the human rights structures in the world.

“Iran, especially after the election of President [Hassan] Rouhani, has put a new emphasis on its unwavering dedication towards the promotion of all human rights inside and outside the country.

“The report is a product of a non objective and counter-productive exercise initiated by a group of countries with specific political claim against Iran… a catalogue of poorly resourced and outdated allegations,” the official insisted.