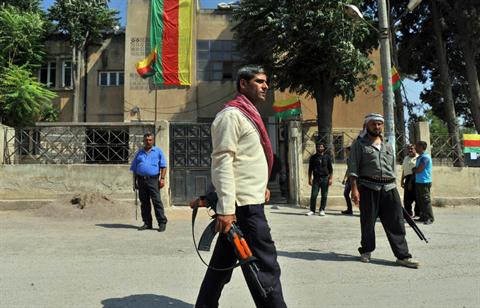 Kurdistan Workers Party (PKK) has threatened to launch a new wave of attacks on Turkey, unless Ankara accepts meaningful negotiations with the Kurds.

Cemil Bayik, the acting leader of the militant group, threatened to end the ongoing peace process between the Turkish government and the PKK’s jailed leader Abdullah Ocalan in an interview with Reuters, which took place on Saturday.

“The process has come to an end,” Bayik said, adding, “Either they accept deep and meaningful negotiations with the Kurdish movement, or there will be a civil war in Turkey.”

In March, Ocalan declared a historic ceasefire after months of negotiations with the Turkish government. In return, the PKK demanded amendments to the penal code and electoral laws as well as the right to education in the Kurdish language and a degree of regional autonomy.

Last month, however, the PKK announced they were planning to suspend the ceasefire, accusing Ankara of failing to deliver the promised reforms and using the talks between the two sides to buy time and gain control of Kurdish areas.

The acting leader of the militant group also accused Turkey of backing foreign-backed militants fighting against Syria’s government and the Kurds in the Arab country, saying, “Turkey had moved the frontline in its fight against the Kurds to Syria,” which has been gripped by deadly unrest since 2011.

“At a time when the Turkish government is helping the bandit groups and is waging a war on the people of West Kurdistan… it is the right of the Kurdish people to bring the fight to Turkey,” Bayik said.

Syrian Kurds, who are opposed to foreign interference in Syria, have been battling foreign-backed militants in north and northeastern Syria.

Kurdish fighters of Syria’s Democratic Union Party (PYD) have recently seized control of areas, near the Turkish border, raising concerns in Ankara that the Kurds might seek to create a “de facto” Syrian Kurdish entity on its frontiers.

The PKK has been fighting for an autonomous Kurdish region in southeastern Turkey since the 1980s.