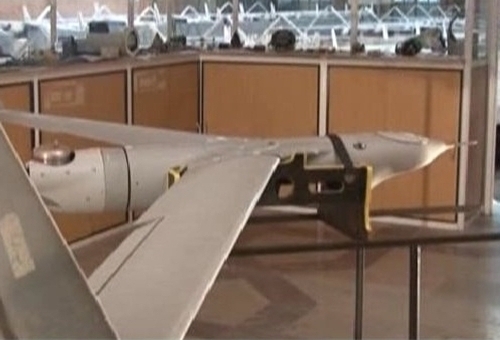 TEHRAN (FNA)- The Islamic Revolutionary Guards Corps has provided the Russian army with a copy of the US ScanEagle drone which was hunted by the IRGC in 2012 and a video showing how Iran monitors the trans-regional countries’ vessels and equipment in the Persian Gulf.

“The drone built by the IRGC is a symbol of the technical capabilities of the Islamic Iran and today we presented a real model of it as a gift to (Russian Air Force Commander) Lieutenant General Viktor Bondarev and the Russian people,” Commander of Iran’s Khatam ol-Anbia Air Defense Base Brigadier General Farzad Esmayeeli said after a meeting with Bondarev in Tehran.

Esmayeeli also gifted Bondarev a video of the IRGC’s monitoring of the trans-regional states’ warships and equipment in the Persian Gulf to be given to Russian Defense Minister Sergei Shoigu.

On December 4, Commander of the IRGC Navy Rear Admiral Ali Fadavi announced that his forces hunted a US Unmanned Aerial Vehicle (UAV) over the Persian Gulf after the drone violated the country’s airspace.

As standard payload ScanEagle carries either an inertially stabilized electro-optical or an infrared camera. The gimbaled camera allows the operator to easily track both stationary and moving targets, providing real-time intelligence.

Capable of flying above 16,000 feet, the UAV has also demonstrated the ability to provide persistent low-altitude reconnaissance.

Iran in February aired images of a drone production line which is producing copies of the US ScanEagle UAVs.

The domestically-manufactured drones have been put into service by the Iranian Armed Forces.

In December, Commander of the IRGC Aerospace Force Brigadier General Amir Ali Hajizadeh had said that the recent capture of the US ScanEagle by the IRGC was nothing new as Iran had previously captured a similar drone and even copied it for production.

“ScanEagle had been in our possession before and we have even copied it in production,” Hajizadeh underscored at the time.