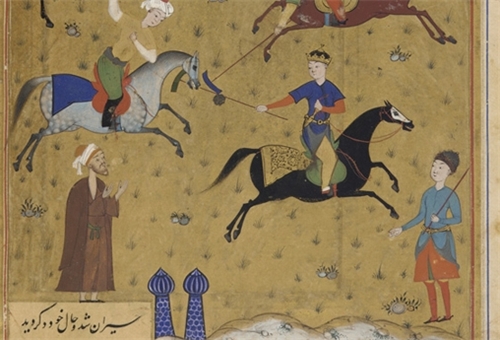 TEHRAN (FNA)- The Iranian officials from the foreign and sport ministries as well as the Iranian Cultural Heritage Organization are slated to discuss a recent attempt made by Azerbaijan’s Polo Federation to register ancient Iranian sport game under the name of their country, Caretaker of Iran’s Sport and Youth Affairs Ministry Reza Salehi Amiri announced.

Some recent media reports said that Azerbaijan’s Polo Federation is attempting to register the ancient Iran game as a sport which has originated in Azerbaijan.

Salehi Amiri said he and officails from the foreign ministry and the Cultural Heritage Organization are due to focus on polo in their meeting tomorrow to study the Azeri claim about the sport which has originated in Iran as shown by a large body of evidence and documents.

Secretary of the Iranian Polo Federation Hojatollah Dehkhodan had also express his concern in this regard, warning that “another cultural heritage of Iran will be registered in the name of another country if the Iranian officials do not take necessary action”.

In the same regard, Chairman of the Iranian Polo Federation Hamzeh Elhanizadeh also said that Azerbaijan’s recent attempt to appropriate the name of Iranian poet Nezami Gyanjavi, Baku is now trying to do the same with the ancient Iranian sport game of polo and has already applied to UNESCO and the World Polo Federation.

“If Iran doesn’t undertake steps to present Polo as Iranian national sport-game then Azerbaijan will ascribe it to itself soon,” Elhanizadeh told the Islamic republic news agency.