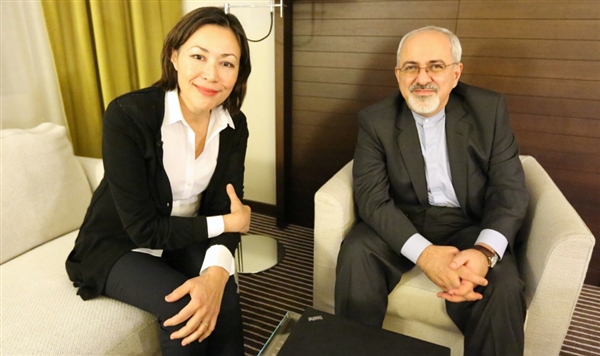 ‘Failure is not an option’: Nuclear talks with Iran begin

In the wake of last month’s historic phone call between President Barack Obama and Iran’s new President Hassan Rouhani, Tuesday a much anticipated new round of negotiations began, to ensure to the world that Iran is not pursuing a nuclear weapon.

Iran’s Foreign Minister Javad Zarif presented Iran’s nuclear proposal in a power-point presentation for about an hour Tuesday morning in Geneva, to negotiators from the world’s major powers at what’s called the P5+1 — the United States, Britain, China, France, Russia and Germany.

Zarif made his presentation in English, to make sure there is no room for misunderstanding.

We are now waiting to hear the reaction to Iran’s proposals. Iran’s deputy foreign minister said the first reaction was “good,” and described the atmosphere as “positive.”

Monday night, ahead of the talks, a senior U.S. official said that while the change in Iran’s tone in recent months is appreciated,  “Any sanctions relief .. will be targeted proportional to what they put on the table.”

On the eve of the negotiations, in an interview with our NBC News team, Zarif said, “failure is not an option.”

Here is some of my interview with the foreign minister:

Q: What is the right way that you’re so confident or at least cautiously optimistic might succeed here?

Zarif: The right way is to understand that in today’s international environment, there can’t be no winners and losers. We either lose together or win together.  That’s the nature of global political environment. You cannot have security while others are insecure. You cannot have prosperity while others live in poverty.  Probably, if anything, 9/11 should have proved that to all of us. That an island of security in an unsecure world is impossible. Security is indivisible. So we should not shoot for concessions. Either getting concessions or giving concessions. We should aim for finding solutions – that is what in my view is needed to move forward tomorrow and that is what I will be trying to, I mean, that is the logic that I’ll be trying to use.

Q: Finding solutions to a history of mistrust is not easy.

Zarif: You always have to take the first step. And probably the first step is the most difficult step, but it takes courage and hopefully leadership to take that step and once you’ve taken it the road is not that difficult.