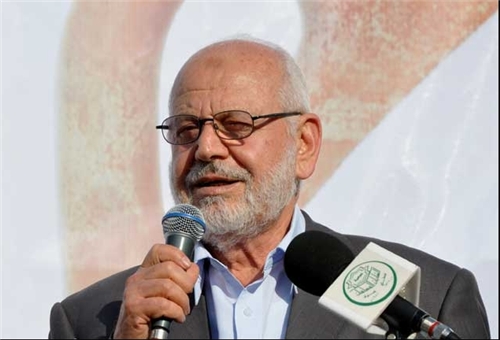 TEHRAN (FNA)- A senior member of the Palestinian Islamic Resistance Movement, Hamas, lashed out at the West, specially the US, for its hostile attitude towards Iran, and said Tehran’s continued support for Palestine and not its nuclear issue, is the cause of this animosity.

“The cause of the animosity of the West, specially the US, towards Iran is not Iran’s nuclear program, but Tehran’s support for the Palestinian resistance and Hamas movement,” Issa Nashar, a senior advisor to Hamas Leader Ismail Haniyeh told FNA in Gaza on Monday.

Nashar reiterated that Iranian officials have supported Palestine since the onset of the Islamic Revolution in Iran in 1979.

Iranian officials have on different occasions supported the Palestinian cause and their freedom from the yoke of Israel.

Last month, Iranian Foreign Minister Mohammad Javad Zarif underlined that the UN should admit Palestine as a full member state, and voiced the Non-Aligned Movement (NAM)’s support for the move.

“We are ready to support Palestine in international communities,” Zarif said, addressing a meeting of the NAM’s Palestine Committee on the sidelines of the 68th Session of the UN General Assembly in New York on Friday.

Tehran has repeatedly said that it considers its nuclear case closed as it has come clean of IAEA’s questions and suspicions about its past nuclear activities.