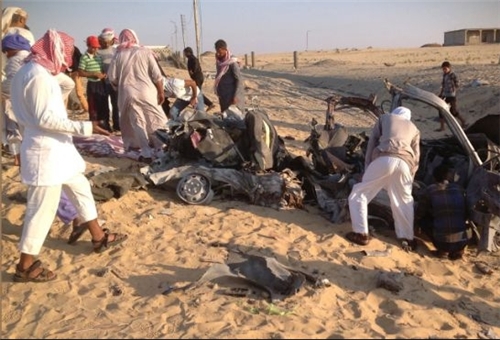 Ali Reda, 35, a farmer, was killed in the incident. Two other civilians and the pilot were injured. Several animals also died.

Bakr said that the Russian made MiG-21 plane exploded in air and its blazing parts fell on agricultural areas and houses’ yards setting fires.

The crash took place at 10:20am due to a “sudden malfunction,” Army Spokesman Colonel Ahmed Ali said.

The situation is being monitored, he added.

Ambulances and fire engines are at the scene which has been cordoned off by the security forces.