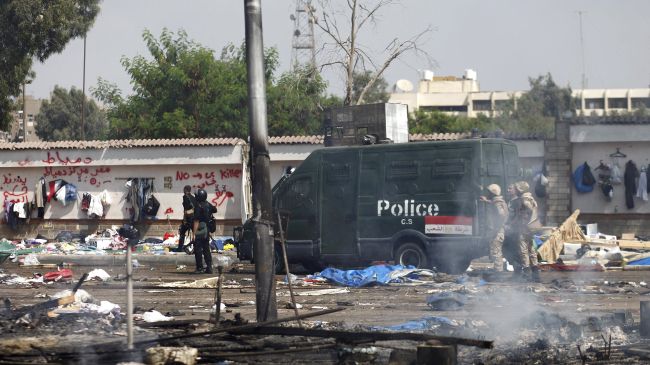 The United States says it is cutting hundreds of millions of dollars in its annual aid to Egypt, pending Cairo’s move toward establishing a civilian government through fair election.

Washington has frozen “the delivery of certain large-scale military systems and cash assistance to the government pending credible progress toward an inclusive, democratically-elected civilian government through free and fair elections,” US State Department spokeswoman Jen Psaki said in a statement on Wednesday.

The US decision to “recalibrate” its annual USD 1.5 billion aid to Egypt will halt the delivery of Apache helicopters, Harpoon missiles, F-16 fighter jets and M1A1 Abrams tanks.

US officials have, however, stressed that Washington would not be cutting off all aid to its long-standing ally, of which USD 1.3 billion goes to military hardware and training.

The ouster of Egypt’s first democratically elected head of state was followed by a bloody crackdown on protests, called by the Egyptian Muslim Brotherhood to demand Morsi’s reinstatement.

It also stripped the Muslim Brotherhood of NGO status on October 3, shortly after a court order banned the Brotherhood from operating and confiscated its assets.

The court also banned any institution branching out from or belonging to the Muslim Brotherhood.