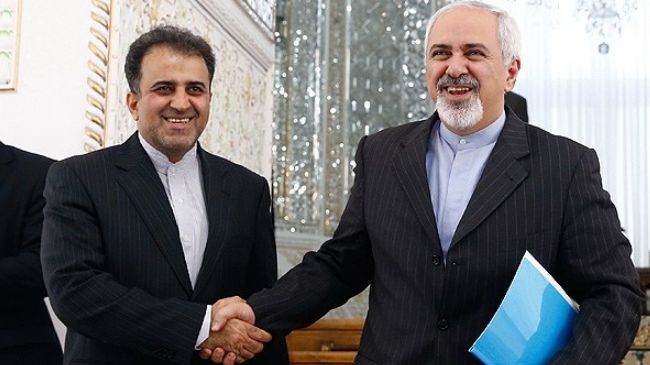 Iran is completely ready to develop all-out cooperation with the D-8 and actively attend its sessions, Zarif said in a meeting with D-8 Secretary-General Ali Mohammad Mousavi on Tuesday.

He highlighted the importance of the D-8 role in promoting comprehensive cooperation among Muslim member countries, particularly in the economic, trade and technological fields.

The Iranian minister expressed hope that the D-8 would play a greater role in boosting regional and international cooperation by holding regular meetings at different levels, implementing agreements and drawing up proper plans.

Mousavi, for his part, said the D-8 member countries are increasing trade exchanges among them.

He expressed hope that the D-8 countries would further strengthen cooperation given the great potentials and human resources in Muslim states.

D-8, also known as Developing-8, was officially founded on June 15, 1997, for the promotion of cooperation on development. The organization consists of Iran, Bangladesh, Egypt, Indonesia, Malaysia, Nigeria, Pakistan and Turkey.

The D-8 objectives are to improve member states’ position in the global economy, diversify and create new opportunities in trade relations, enhance participation in decision-making at international level, and improve standards of living in the member states.