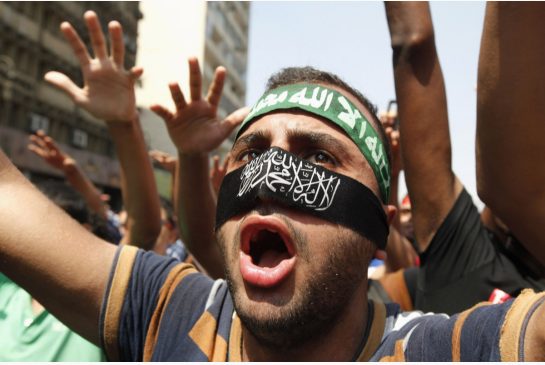 The Sunday rival rallies coincide with the 40th anniversary of the beginning of the Fourth Arab-Israeli War of 1973.

In October 1973, a coalition of Arab states led by Egypt and Syria engaged in the 19-day war.

The Egyptian and Syrian forces managed to recapture parts of the Sinai Peninsula and the Golan Heights, which had been occupied by the Israeli regime since the 1967 Six-Day War.

“The Egypt Anti-Coup Alliance repeats its call to all Egyptians to continue their protests in every part of Egypt, and to gather in Tahrir Square on Sunday, October 6, to celebrate the army of that victory and its leaders,” the pro-Morsi Islamic group led by the Muslim Brotherhood said Saturday.

Egypt’s opposition movement Tamarod stated on Saturday, “We call all Egyptians to come out tomorrow across all squares in the country to assert that this nation will not allow its revolution to be stolen.”

The Egyptian Interior Ministry has warned that it would confront any violence during the demonstrations.

“The ministry asserts its determination to firmly confront all violence and infringements of law by the Muslim Brotherhood supporters through their marches.”

On July 3, the head of Egypt’s armed forces General Abdel Fattah el-Sisi announced that Morsi was no longer in office. The constitution was suspended and the parliament was dissolved.

More than 2,000 Muslim Brotherhood members, including the party leader Mohamed Badie, have been arrested since the ouster of Morsi.

Nearly one thousand people were also killed in a week of clashes between Morsi supporters and security forces after police dispersed their protest camps in a deadly operation on August 14.