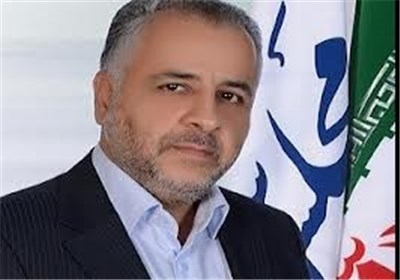 TEHRAN (Tasnim) – An Iranian lawmaker said Saturday that in order for the thaw in Iran-US relations to hold, Washington needs to act free from the pressure imposed by the Zionist lobby which wants to make sure the status quo will continue.

“For 34 years there have been circles putting pressure on the US, with the Zionist lobby being an effective one… If the United States would act free from the Zionist lobby’s pressures, it can succeed and have interactions with Iran, but if lobby continued with its past policies, the status quo would not change,” Parliament Member Mohammad Hossein Mir-Mohammadi told Tasnim News Agency.

Elsewhere in his comments, the lawmaker referred to the talks between Iran’s foreign minister and the US secretary of state, saying,”In my opinion there was no problem with that meeting as we refuse to recognize only one government system which is the Zionist regime of Israel.”

He further said,”Sitting round a table, talking and negotiating is positive; instead of telling an intermediary, we should directly voice our own concerns and expectations to see if we can reach common ground.”

Supreme Leader of the Islamic Revolution today voiced support for the Iranian government’s diplomatic movements in New York, but at the same time stressed that Tehran does not trust the US officials since they are untrustworthy and act under the influence of the Zionist lobbies.

“We support government’s diplomatic movements, including the visit to New York, because we trust in the servant government and are optimistic about it,” Ayatollah Seyed Ali Khamenei said, addressing Army cadets here in Tehran.

Ayatollah Khamenei noted that the US administration is dominated by the international Zionism, bows down to the Zionist regime of Israel and moves in line with the interests of the Zionists.

Elsewhere, Ayatollah Khamenei deplored anti-Iran warmongering remarks, and said, “All those who used to raise verbal threats against Iran should understand that our response to any kind of devilish act against the Iranian nation will be serious and crushing.”

The remarks by the Leader came in response to the war rhetoric raised by Obama and Israeli officials in the recent days.

Obama, in a meeting with Israeli Prime Minister Benjamin Netanyahu on Monday, announced that all options against Iran were on the table.