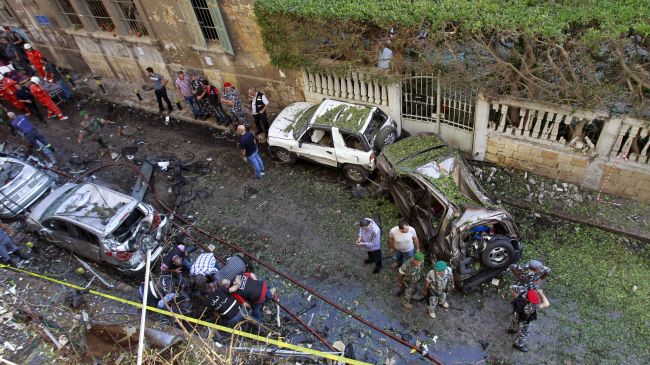 Iran, UN diplomats stress need for understanding in ME

The Iranian ambassador to Beirut and the UN special coordinator for Lebanon have underlined the necessity of understanding in the Arab country and the entire Middle East.

In a Wednesday meeting at the head quarters of Iran’s Embassy in the Lebanese capital, Iranian Ambassador to Beirut Ghazanfar Roknabadi discussed latest regional developments with UN Special Coordinator for Lebanon Derek Plumbly.

During the talks, Roknabadi underlined the significance of understanding and dialogue in establishing unity, security and stability on Lebanon’s political scene.

The Iranian envoy also reaffirmed that the Islamic Republic supports efforts to reach a practical solution to the deadly crisis which erupted in Syria in March 2011.

Plumbly, for his part, emphasized that the domestic issues of regional countries should be settled through negotiations and without foreign interference.

The UN official also expressed hope that the atmosphere created by Iran’s diplomatic contacts, including the meeting with the six major word powers, in New York would have a positive impact on the regional issues.

On September 26, Iranian Foreign Minister Zarif and the foreign ministers of France, Russia, China, and Germany as well as the US secretary of state and the UK foreign secretary discussed Iran’s nuclear energy program on the sidelines of the General Assembly.

A day later, Iran President Hassan Rouhani and his US counterpart Barack Obama held a historic phone conversation, which marked the first direct communication between an Iranian and a US president since Iran’s Islamic Revolution of 1979.