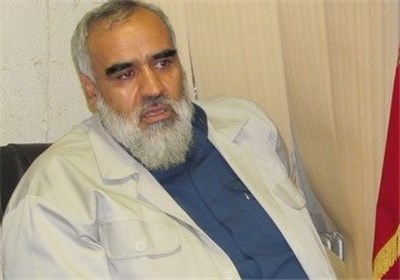 MP calls on US to talk with Iran respectfully

TEHRAN (Tasnim) – An Iranian lawmaker said Tuesday that the Americans have no option left on their table, and asked them to talk with the Iranian nation with respect.

Parliament Member Bahram Biranvand’s Tuesday remarks in an open session of parliament were in reaction to the US President Barack Obama, who  said on Monday that the United States has not given up the option of a military attack on Iran.

Obama told visiting Israeli Prime Minister Benjamin Netanyahu that “We take no options off the table, including military options” against Iran.

Obama met with Netanyahu at the White House Oval Office on Monday morning, just three days after his historic phone conversation with new Iranian President Hassan Rouhani. The call between the US and Iranian presidents was the first high-level contact between Washington and Tehran in three decades.

Seeking to ease Israeli concerns about Washington’s engagement with Tehran, Obama said that Iran must prove its words with actions.

The Iranian MP further said, “But now we say you have no more options on the table; you can neither launch another 1953-style coup, nor impose another war, nor down another (Iran passenger) plane, nor assassinate our nuclear scientists nor take advantage of economy as a weapon of mass destruction.”

“As our country’s president has advised you, talk with the Iranian nation respectfully so that you would not be ridiculed on the international scene,” he said.

Obama said the phone conversation had convinced him there was genuine hope of a “resolution” of Iran’s dispute with the West over its nuclear program but said it would require meaningful and transparent action by Tehran.