From the CIA-orchestrated overthrow of Iran’s prime minister in 1953 to Friday’s phone call between Presidents Obama and Rouhani, BBC News looks at 60 years of tricky relations between Iran and the US. 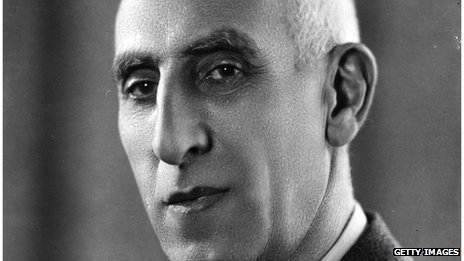 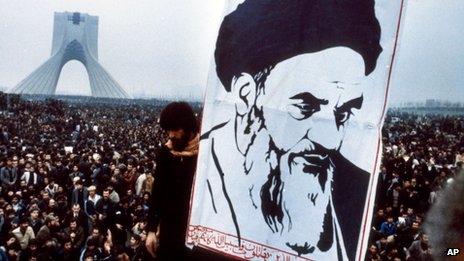 The US-backed Shah of Iran, Mohammed Reza Pahlevi, is forced to leave the country on 16 January following months of demonstrations and strikes against his rule by secular and religious opponents. 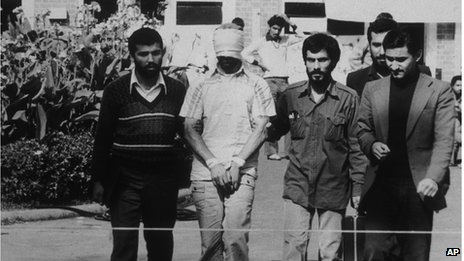 From the moment the hostages were seized until they were released minutes after Ronald Reagan took the oath of office as president 444 days later, the crisis absorbed more concentrated effort by American officials and had more extensive coverage on television and in the press than any other event since World War II”

Historian Gaddis SmithIn November 1979 Iranian students overrun the US embassy in Tehran, seizing 63 hostages and parading them in front of the cameras. Their initial demand is for the Shah to return to face trial in Iran.

A rescue mission ends in disaster for US troops, with the deaths of eight servicemen in a collision between a helicopter and a transport plane.

The final 52 hostages are eventually freed after 444 days in captivity. 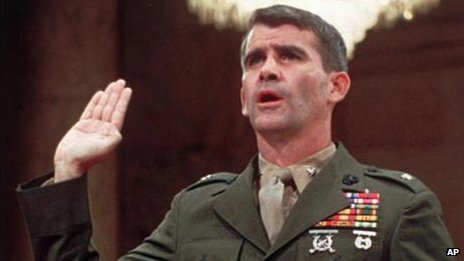 The US secretly ships weapons to Iran, allegedly in exchange for Tehran’s help in freeing US hostages held by Hezbollah in Lebanon.

The profits are illegally channelled to rebels in Nicaragua, creating a political crisis for President Ronald Reagan.

The American warship USS Vincennes shoots down an Iran Air flight in the Gulf on 3 July 1988, killing all 290 people on board.

The US says the Airbus A300 was mistaken for a fighter jet.

Most of the victims were Iranians on their way to Mecca. 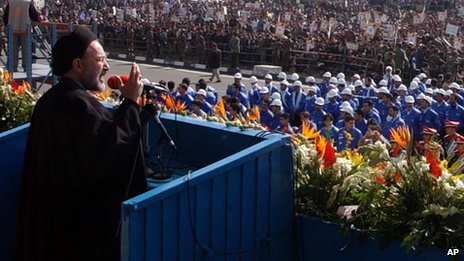 Mohammad Khatami, a reformist, is elected Iranian president in 1997.

The following year he calls for “a dialogue with the American people” in an interview with a US TV channel. The prospect of a thawing in relations beckons, but there is no breakthrough. 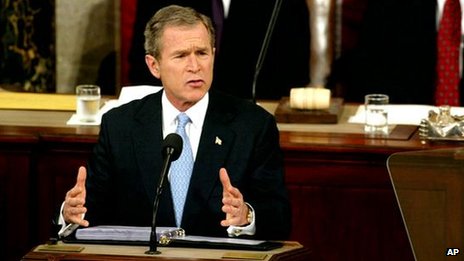 President George W. BushAddressing CongressIn his State of the Union address, President George Bush denounces Iran as part of an “axis of evil” with Iraq and North Korea.

The speech causes outrage in Iran. 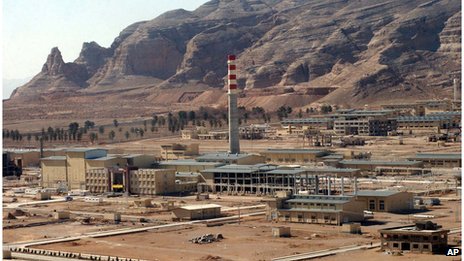 In 2002 an Iranian opposition group reveals that Iran is developing nuclear facilities including a uranium enrichment plant at Natanz and a heavy water reactor at Arak.

The US accuses Iran of a clandestine nuclear weapons programme, which Iran denies.

A decade of intermittent Iranian engagement with the UN’s nuclear watchdog and diplomatic activity follows.

The UN ratifies four rounds of sanctions on Iran between 2006 and 2010 over the nuclear issue.

The US and EU also impose sanctions on Iran, stepping up measures in 2012 to include the financial sector. Several other countries have bilateral sanctions.

The US Treasury claims in 2013 Iran’s currency has lost two-thirds of its value in the past two years. 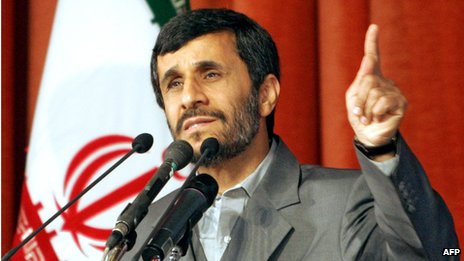 The populist leader’s bombastic style and questioning of the Holocaust leads to a worsening of Iran’s relations with the West.

His disputed re-election in 2009 leads to the worst internal unrest since the 1979.

In 2010 his speech at the UN sparks walk-outs after he claims that most people believe the US government was behind the 9/11 attacks. 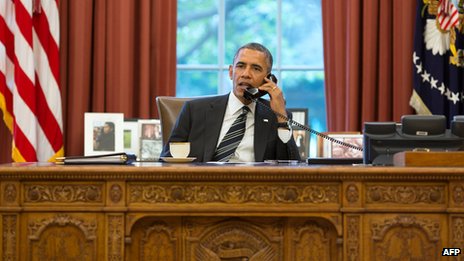 In phone convo, President #Rouhani and President @BarackObama expressed their mutual political #will to rapidly solve the #nuclear issue.”

Hassan Rouhani@HassanRouhaniOn a trip to the UN forum in New York, Iran’s new President Hassan Rouhani held a phone call with President Barack Obama – the first conversation between US and Iranian heads of state for 30 years.

The US president also said the two men had expressed their determination to solve the long-running dispute over Iran’s nuclear programme.