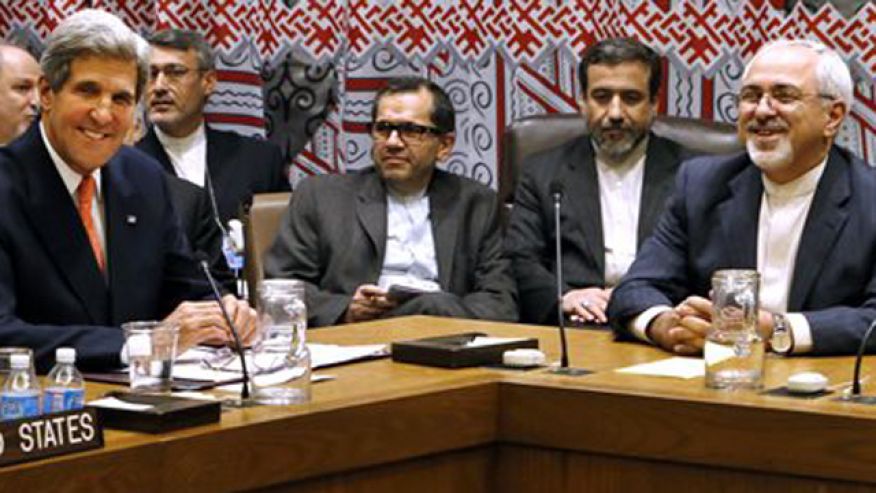 Delegation contacted 5-6 times by US officials for ‘presidents’ talk

TEHRAN, Sep. 29 (MNA) – Iran’s FM has provided comments about the rumors and speculations on how the US and Iranian presidents contacted.

Mehr News quoted Mohammad Javad Zarif, Iranian FM, provided comments on the rumors revolving about the contact between Hassan Rouhani and Barack Obama. “Before the last contact, the US officials had attempted for a phone call between the two presidents,” said Zarif, but “the phone call ultimately was possible only when president Rouhani was leaving the hotel.”

“When back to hotel to bid adieu to Dr. Rouhani and his crew, I noticed that president Obama wanted to contact us. Since the beginning of this week, the US officials demanded a meeting for both presidents, but for different reasons, that was not possible, but unofficial contacts continued.” added Zarif.

“The meeting between me and Mr. Kerry was held in the sidelines of P5+1 negotiation, and since then, it was clear that a phone call would be possible between the two presidents,” inserted Zarif.

“When I was presiding over NAM meeting, the US officials had already contacted to arrange a phone call, which finally was possible when Dr. Rouhani was leaving,” added Zarif, saying that during the call the two sides had emphasized on political will to solve the nuclear issue as soon as possible, and “assignment for me and Mr. Kerry to agree on a rapid solution.”

Zarif also said that the dialogue was positive and respectful, God willing, “it may be the beginning of a tough job, which requires the patience of the people and authorities and avoiding overhasty and partisan judgments about the issue.”