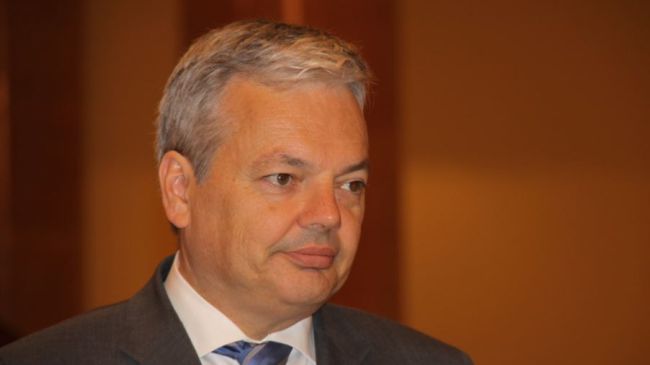 He said the EU is prepared to give a practical response to Tehran’s practical steps within a specific timetable and framework.

He urged the parties involved to set a framework and take tangible steps to push the process of talks forward.

The top Belgian diplomat lauded the recent remarks by Iranian President Hassan Rouhani and other high-ranking Iranian officials which, he said, together with the positive stance adopted by the EU on Iran’s nuclear energy program, show that both sides are determined to change the status quo.

“We have agreed to meet in Geneva on the 15 and 16 of October to pursue the agenda, to carry on from today’s meeting and to hopefully move this process forward,” EU Foreign Policy Chief Catherine Ashton said after the talks.

Zarif also praised as “very good and substantive” his talks with the foreign ministers of the five permanent members of the UN Security Council and Germany, and said the result would have to include “a total lifting” of all the sanctions against Iran.

Iran has categorically rejected the allegation, stressing that as a committed member of the International Atomic Energy Agency (IAEA) and a signatory to the nuclear Non-Proliferation Treaty (NPT), it is entitled to develop nuclear technology for peaceful purposes.