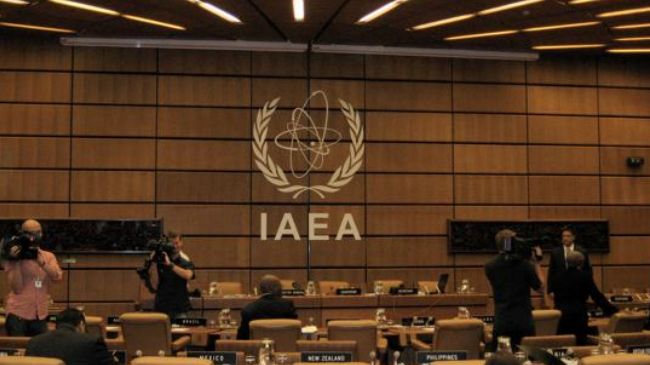 Iran, IAEA begin new round of talks in Vienna

Iran and International Atomic Energy Agency (IAEA) have begun a new round of talks over Tehran’s nuclear energy program.

The meeting, the first since Iranian President Hassan Rouhani took office, opened in the Austrian capital, Vienna, behind closed doors on Friday.

“We expect to review the existing issues and also exchange views on the ways we can continue our cooperation to resolve outstanding issues,” Iran Ambassador to the IAEA Reza Najafi told reporters ahead of the talks.

He expressed optimism about “good outcomes” of Iran-IAEA talks, but emphasized that no one should expect that “all issues would be resolved in one round of negotiations.”

The IAEA Head of Inspections, Herman Nackaerts, also welcomed Iran’s readiness to resolve the nuclear issue, saying “We welcome the recent developments and the statements made by Iran about their willingness to engage to resolve the nuclear issue expeditiously. As you know, this is the first meeting since the [11th presidential] elections in Iran, and we are looking forward to discussions on how we can intensify the dialogue to resolve all outstanding issues.”

The 11th meeting between Iran and the UN nuclear agency comes hours after Iranian Foreign Minister Mohammad Javad Zarif and his counterparts from the five permanent members of the UN Security Council — Britain, China, France, Russia and the United States — plus Germany held substantial talks at the UN headquarters in New York.

The United States, Israel and some of their allies have repeatedly accused Iran of pursuing non-civilian objectives in its nuclear energy program, with the US and the European Union using the claim as an excuse to impose illegal sanctions against Tehran.

Iran has categorically rejected the allegation against its peaceful nuclear energy program, stressing that as a committed member of the IAEA and a signatory to the Non-Proliferation Treaty, it is entitled to develop nuclear technology for peaceful purposes.

In addition, the IAEA has conducted numerous inspections of Iran’s nuclear facilities, but has never found any evidence showing that the Iranian nuclear energy program has been diverted toward military objectives.