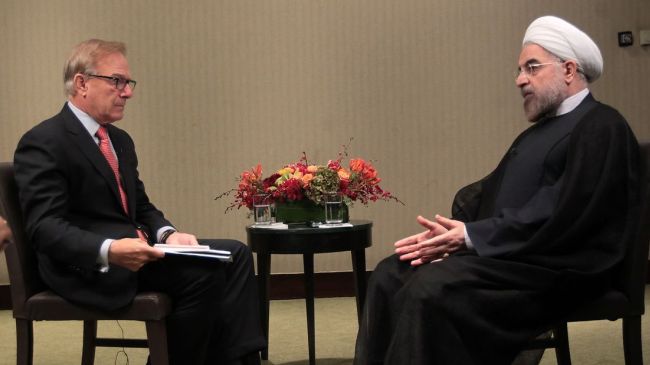 Iranian President Hassan Rouhani says Tehran is willing to reach a deal with the West over its nuclear energy program within a time frame of three to six months.

“The only way forward is for a timeline to be inserted into the negotiations that’s short,” President Rouhani said in an interview with the US daily Washington Post on Wednesday.

“If it’s 3 months, that would be Iran’s choice, if it’s 6 months that’s still good. It’s a question of months not years,” he said, adding that his administration seeks a “short” timeline to settle the dispute as it would be more beneficial to everyone.

Iran categorically rejects the allegation, stressing that as a committed member of the International Atomic Energy Agency (IAEA) and a signatory to the Non-Proliferation Treaty (NPT), it is entitled to develop nuclear technology for peaceful purposes.

Rouhani said his administration has “full authority” to negotiate anything that can guarantee Iran’s security and national interests, including any necessary cooperation with the international community to help settle the crisis in Syria.

He added that Iran would enter any talks or meetings, including Geneva II, “as long as there are no preconditions for Iran’s participation.”

On May 7, Russia and the US agreed in the Russian capital Moscow to convene an international conference on Syria, which will serve as a follow-up to an earlier Geneva meeting held in June 2012. The second meeting has remained elusive because of rising disagreement between various foreign-backed Syrian opposition entities.

The Syrian government has already announced that it is ready to take part in the peace conference without any preconditions in an effort to help end over two years of deadly turmoil in the country.