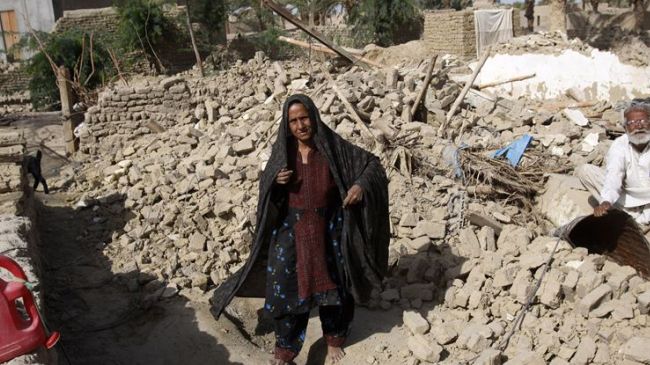 Tehran has expressed condolences to the Pakistani government and nation over the recent deadly earthquake in the country.

The 7.7-magnitude temblor struck at 4:29 p.m. local time (1129 GMT) on Tuesday. Its epicenter was 20 kilometers below ground in the Awaran district of Balochistan province, which borders Iran.

Pakistani officials have said that at least 208 people were killed and another 373 injured in the quake.

The earthquake was felt in areas including Karachi, Hyderabad, Quetta, and Kalat.

Following the quake, a new island emerged from the Arabian Sea, off the coast of Gwadar. Pakistani officials say the new island is 100 feet in diameter and about one mile off the coast.