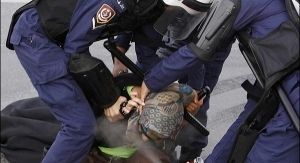 Britain’s Foreign Office confirms at least three British nationals have died in the attack on a mall in the Kenyan capital of Nairobi.

Britain’s Foreign Office confirms at least three British nationals have died in the attack on a mall in the Kenyan capital of Nairobi.

British officials raised concerns over the number of Britons killed in the attack and said the death toll is likely to rise “as further information becomes available”.

Dozens of men armed with guns and grenades attacked the Westgate Mall in Nairobi on Saturday and targeted people indiscriminately, killing 59 people and injuring 175 others.

According to media reports the Somali-based al-Shabaab terrorist group has claimed responsibility for the attack.

The Foreign Office said the next of kin of the dead Britons have been informed.

British Prime Minister David Cameron described the terror attack “an absolutely sickening and despicable attack of appalling brutality” and said the British government is sending a rapid deployment team to Nairobi in the aftermath of the attack.

“Three British nationals have been killed. The situation is ongoing, we should prepare ourselves for further bad news,” Cameron said.

Kenyan interior minister said that between 10 and 15 attackers remain inside the mall with hostages nearly 24 hours after the attack was launched.

Hague condemned the attack earlier as “callous and cowardly and brutal”, saying “there are undoubtedly British nationals caught up in this”.