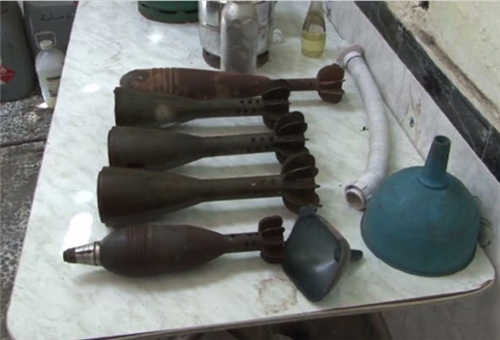 TEHRAN (FNA)- The Syrian army discovered and seized tens of handmade rockets and missiles from armed rebels in Eastern Syria on Sunday.

The Syrian army raided the concentration centers of the so-called Lashkar Al-Abbas armed rebel group in Al-Orfi region and seized a large number of guns in addition to the 70 improvised rockets.

Meantime, the army targeted and destroyed the concentration center of the Azadegan of Sham in Al-Shamitieh village, killing tens of terrorists and injuring dozens more in heavy clashes.